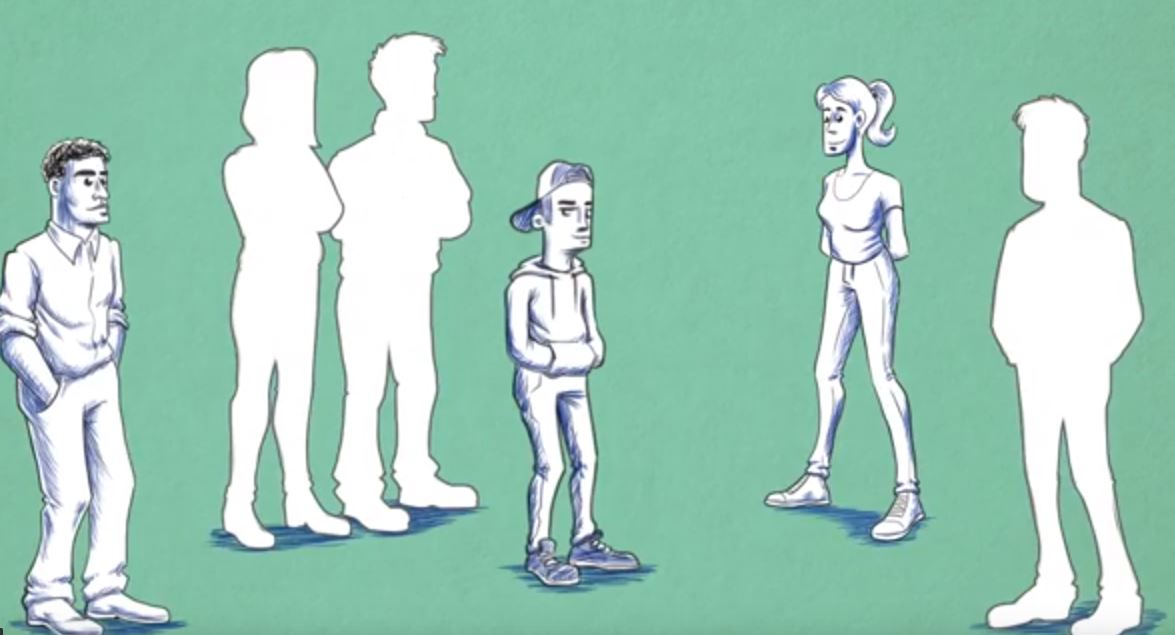 A growing number of studies have demonstrated the benefits of youth-initiated mentoring (YIM). Rather than being assigned a mentor, young people are provided with the skills and scaffolding to recruit caring adults from within their own networks. Last week, we highlighted a study in which Dutch researchers successfully demonstrated the effectiveness of this approach as an alternative to out-of-home placements. They created a video that describes the rationale for and findings of their method.

In the U.S., Professor Sarah Schwartz and colleagues have demonstrated the viability of this approach with vulnerable high school and college students. By drawing on mentors who are already embedded in youth’s social networks, YIM facilitates more enduring relationships. On a practical level, such mentors are more likely to live in the same neighborhoods or work and teach in the same communities as the mentees, which facilitates ongoing contact. In addition, natural mentors are likely to be connected to youth in capacities beyond that of a formal mentor (e.g., extended family member, neighbor, teacher), increasing opportunities to spend time together and remain connected even beyond the time period stipulated by the program.

A 2012 randomized evaluation of the NGYCP program showed a range of positive outcomes for participants (Millenky, Schwartz, & Rhodes, 2012). Using a multi-year, design, this evaluation included over a thousand adolescents (ages 16-18) of diverse racial and ethnic backgrounds from 10 NGYCP sites across the country. Positive impacts on educational and employment outcomes were sustained three years after entering the program, with older participants generally showing greater benefits than younger participants. Further investigation revealed that more enduring mentoring relationships were associated with increased retention of educational, employment, and behavioral outcomes at the three year follow up, while youth who were no longer in contact with their mentors at the 21-month follow up showed no significant positive impacts at the three year follow up, relative to the control group (Schwartz, Rhodes, Spencer, & Grossman, 2013). Building on this, Spencer, Tugenberg, Ocean, Schwartz, & Rhodes (2015) conducted an in-depth qualitative study, showing how YIM produced enduring and emotionally supportive relationships, in some cases through the deepening of existing ties with adults and, in others, by creating new ones.

More recently, researchers have expanded on the idea with, the Connected Scholars Program (CSP) an approach that is rooted YIM, which encourages youth to identify and recruit a mentor from within their existing social network. However, unlike YIM, which largely emphasizes a single structured relationship with a mentor, CSP focuses on cultivating the skills and attitudes needed to forge connections with an array of college instructors, staff, and mentors who could help advance students’ academic and career goals, without actually creating a formal mentoring relationship.A qualitative pilot of CSP among low-income, ethnic minority, first-generation college-bound seniors in high school provided preliminary support for the intervention, suggesting that it increased the value students placed on social capital and developed their knowledge, skills, and self-efficacy in pursuing such connections (Schwartz, Kanchewa, Rhodes, Cutler, & Cunningham, 2016). The program led to increases students’ social capital, ultimately leading to higher grades and greater willingness to reach out to caring adults Schwartz , Kanchewa, Spencer, Parnes, & Rhodes. (in press). According to Schwartz et al. (in press) “The intervention is delivered through a series of group-based lessons including the following main components: 1) instruction and discussion of the role of social capital in advancing goals; 2) activities designed to help students identify current and potential connections; and 3) experiential activities and real-world practice reaching out to and cultivating supportive relationships, with a focus on reaching out to university faculty and staff. The intervention culminates in a “Networking Event,” in which students meet with a range of professionals and university staff members, introducing themselves and their interests, asking questions, and building connections. The project has also been incorporated into a semester-long course by Janis Kupersmidt and her colleagues at iRT.

Taken together, these studies provide preliminary evidence of the effectiveness of YIM interventions. The findings suggest that interventions that teach young people to recruit mentors may be particularly effective for vulnerable and marginalized youth. On a practical level, such strategies could reduce the cost of recruiting volunteers and serve as a strategy for redressing the dearth of volunteer mentors. Likewise, recruitment strategies may help to address the challenge of prematurely terminating and attenuate the erosion of effects that are common in residential programs. In essence, YIM appears to allow youth to recognize, harness, and develop their own social capital in ways that contribute to positive youth development.

Source: The Chronicle of Evidence-Based Mentoring | Youth-initiated mentoring: An idea whose time has come