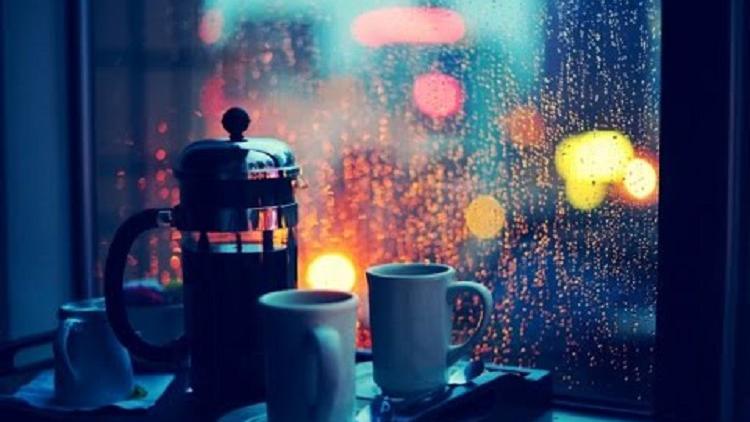 When I was in the throes of severe bulimia nervosa and anxiety I lived with a constant lump in my throat. He occasionally still visits me today if I’m feeling particularly stressed. I call him Nigel.

Nigel is real, but you cannot see him. In fact, on one particularly memorable GP visit I remember my doctor shining various torches down into my throat and probing my mouth with wooden sticks in a vain attempt to find whatever it was that was restricting my breathing and making it difficult for me to swallow. “I can hear it!” he was saying in total bewilderment. “Why can’t I see it?!”. But that’s empiricists for you.

The most annoying thing about Nigel is that he catches words before I can articulate them. That’s why writing became such a key part of my recovery – because Nigel couldn’t get to my fingertips and stop me from committing my feeling to page but he often used to stop me from saying words aloud.

Nigel never appears when I’m squaring up to politicians, addressing audiences of hundreds or appearing on TV. He is only prone to show up when I’m in an intimate situation: in the company of people I love most. On the very rare occasions my fiancé and I argue, we spend long minutes with my beloved urging me to say whatever I’m thinking and Nigel resolutely holding on to the words, an obstacle between my heart and my brain.

These days, I can usually send my body’s own military defences – deep calming breaths and positive thoughts – to beat Nigel into submission. But in my late teens and early twenties he was a constant and overbearing presence and I didn’t know how to fight him. I used to walk around constantly massaging the hollow space between my collar bone and my throat in the hope he’d magically disappear, like a tension knot. He never did, the little bastard.

As you might imagine, Nigel made it almost impossible for me to speak openly about my mental illness. He’d only ever allow me to speak in vague, meaningless platitudes. “I feel fat” was inexplicably one of his favourites, despite the fact that “fat” isn’t a feeling.

I share all this with you to impress upon you what a momentous occasion it was the day I decided to confide in a friend at university. In retrospect, she probably wasn’t the best choice, being as she was a singularly self-absorbed individual who would only ever use information regarding your emotional struggles as a springboard for some monologue about how everything in her life was spectacularly unfair and the universe hated her.

Anyway. Nigel and the words I wanted to say were in full wrestling mode, which invariably meant I sounded about 6 years old. “I… make… myself… sick… sometimes” I said.

Today, I regularly find myself on the receiving end of that statement. I therefore know that “sometimes” means “all the time” and the forced casualness with which the sentence is usually delivered means “please, please, PLEASE don’t freak out”. Yet a response that is too breezy and dismissive isn’t the solution either, as I learned to my detriment.

“Oh, I used to do that” said my friend. “I think most girls do at some point”. And then she went back to some interminable saga involving her and a bloke who was treating her as some kind of “second reserve” in his dating options.

Nigel was sneeringly triumphant after that conversation, which had proved he was right to stop me speaking. No one cared and, anyway, I was clearly wallowing in self-pity when I should have been getting on with it and making a success out of my life like all the other women who also all, apparently, had bulimia.

Turning to a friend

When we have a mental illness, the evidence shows that, long before we set foot in a GP’s surgery, we will: a) Google our symptoms and b) confide in a friend. And the friend’s response has the power to be the catalyst that propels us towards recovery, or (as in my case) the humiliating experience that shuts us up for another couple of years.

So called peer-to-peer mentoring is one of the few interventions which has been consistently proven to have a positive impact on mental health recovery. It isn’t supposed to be used instead of medical or therapeutic intervention, but rather as part of a spectrum of solutions, often easing the transition into recovery. Which explains why the Department for Education has apportioned a significant amount of its time and energy into researching best practice when it comes to peer-to-peer mental health interaction.

A cluster of schools in North London is piloting a scheme whereby older students co-create mental health lesson content and then deliver to younger pupils as part of PSHE. Other schools have what are essentially “peer prefects” – pupils who have been trained to spot the early warning signs of mental illness, speak to the individual concerned and report to staff.

My feeling is that the best way to implement peer-to-peer is to observe the school environment and see who pupils naturally gravitate towards in order to have emotional conversations. It is often the PE teacher, in my experience. It might equally be a dinner lady or a sixth former. These people are having mental health “peer-to-peer” conversations anyway; they simply need some guidance in how to have them in the most effective way. (I hate to bang on about it, but the virtues of mental health first aid training cannot be over-extolled in this regard).

This week, the DfE launched an open call for schools to report on best practice when it comes to peer-to-peer. As part of the steering group overseeing this, my own experience has unfortunately rendered me qualified to comment on the worst – yet hearing about successful initiatives has made me wonder whether, if my friend had responded differently, if my university had been a place where mental health was spoken about openly and where a system of peer-to-peer support was in place, I might have recovered sooner. Or indeed whether I might have spotted that my friend was clearly going through some sort of mental health struggle herself.

The purpose of this column is to demonstrate the power peer-to-peer interventions have and to encourage education professionals who are getting it right to submit their expertise. Also to tweet me about it. Obviously.

Natasha Devon is the Department for Education’s mental health champion. She tweets at @natashadevonMBE

Kilde: ‘Peer-to-peer mental health mentoring can be key to early recovery. Believe me, I know’ | News