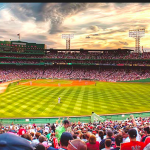 For years, I was stubbornly convinced that formal mentoring programs should focus mostly on creating and maintaining deep, emotional bonds. I saw attempts to scale back on relationship length and strength, or to rely on curricula, as existential threats to the field–destined to reduce already modest effects. But, evaluations and meta-analyses of youth mentoring evaluations do not support this approach.

Youth mentoring programs produce small overall effects that have not budged in nearly two decades despite significant research and program investments. A major factor accounting for these stubbornly modest effects may, in fact, be our outdated program models, which have remained essentially unchanged for many years. The vast majority of mentoring programs take a “nonspecific” friendship approach  (i.e., providing support and role modeling that is aimed at broad developmental goals). A recent U.S. survey (Jarjoura, Tanyu, Herrera, & Keller, 2018) of more than 2,000 mentors across 30 representative programs found that the most commonly reported mentor activity was “making time to have fun,” followed by discussing important people or personal issues, going to cultural or other special events, and engaging in creative activities. This nonspecific approach appears to be  less effective than more targeted, evidence-based approaches.

Of course a base of closeness and trust is necessary, and training and support should ensure that. The problem isn’t so much that such bonds are ineffective—indeed they can be enormously helpful, particularly for youth who have insecure attachments and/or have suffered abuse or neglect. The issue is that many youth are better suited to more targeted approaches based on their needs and interests. And, even when youth could benefit from close, enduring ties, they are not the norm. Instead, long-term, emotional bonds are inspirational outliers, the home runs, against which other relationships are often measured.  In rare cases, such long-term, less targeted relationships can be truly transformative, providing mentees with a secure base from which to explore the world and manage critical incidents when needed.  But since they can not reliably reproduce and bottle this magic, a more effective strategy is for programs to focus on improving the vast majority of relationships.

Proponents of nonspecific, friendship models have raised a host other concerns, including questioning the extent to which targeted, evidence-based approaches can take race and ethnicity into account. Yet,  studies of targeted therapy have generally shown no differential effects across racial and cultural backgrounds. Still others argue that the virtue of many mentoring programs is that they target a broad range of outcomes. Thus, the lack of specificity is a feature, not a bug. Reliably reproducing the same set of effects from such programs has proven challenging. Moreover, decades of child and adolescent psychotherapy research has found that the “treatment of multiple problems concurrently produces strikingly smaller mean effects than treatment of any single target problem.” Of course, problems often co-occur, so it is natural for programs to target several related risk and protective factors at once. The key distinction here isn’t simply the number of risk and protective factors that are targeted, but whether they are targeted at all.

Other holdouts for nonspecific approaches argue that mentoring programs provide an easy onramp to other care and services down the road. However, with so much attrition in mentoring relationships, particularly for the highest-risk youth, there is no guarantee that they will arrive at this juncture. There are thus opportunity costs to not providing youth with the most effective services when the chance arises. Finally, some may argue that it is inherently difficult to quantify the effects of nonspecific approaches in the short term. Many evaluations depend on child self-reports of “soft” outcomes such as self-esteem, while other results may be undetected in the short term only to emerge later in life. Although a thirty-year follow-up of the randomized Cambridge Somerville Youth Study found negative long-term effects for mentoring, recent twenty-year follow-ups with the original 1995 Big Brothers Big Sisters sample indicate possible positive changes in a few social (but not economic) outcomes. These latent benefits may point to promising long-term effects from nonspecific approaches, and additional research is certainly warranted. If that is the case, however, it is likely that more targeted, evidence-based programs would yield even greater long-term outcomes, since they disrupt problems and promote benefits earlier. Given the choice, most parents and investors would likely support programs that produce stronger, more immediate, and more predictable benefits than those with a few unpredictable effects that materialize decades later.

There will always be the lucky, “out of the park,” relationships–and we know them when see them. But it makes little sense to hold the rest of the field to this standard. With better needs assessment, more realistic expectations, and more targeted, evidence-based approaches to mentoring, we can begin to more fully embrace approaches that make consistent base hits.

Source: The Chronicle of Evidence-Based Mentoring | From “out of the park” mentoring relationships to consistent, evidence-based approaches