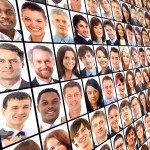 What do you call a caring adult who helps young people in their everyday lives? This isn’t a riddle, it’s a question that perplexed experts and led to a lot of debate at a recent mini-conference on “natural mentors.” The volunteers who are trained and supported through programs are formal mentors, but the term natural mentor can refer to the many caring teachers, coaches, aunt, youth workers, neighbors, family friends etc. who forge caring connections with the young people in their everyday lives. Formal mentoring program staff resist the use of the term “natural mentors” as it suggests that program-supported mentors are somehow “unnatural.” Moreover, its overuse could diminish and dilute the identity of formal mentors, and the important role of training and infrastructure in preparing for this role. There is also some resistance from caring, nonparent adults and their mentees (oops, should we be calling them protégés?). Preliminary research suggests that, although coaches, neighbors, teachers, etc. often engage in mentoring, they rarely think of themselves as a mentors in the traditional sense. In other words, they’re ok with the verb, but they resist the noun. This resistance may be an unintended consequence of the success of the formal mentoring movement, which appropriated a term that dated back to the ancient Greeks with such gusto that people now associate it with programs (though surely Mentor himself wasn’t screened and trained!). Likewise, both adults and young people are often unfamiliar with the term or feel that their caring encounters don’t merit this somewhat lofty designation. Although some relationships may eventually meet the mentoring threshold, the everyday caring encounters and relationships occur in extended families, schools, neighborhoods tend to be distributed across many adults and youth, and to ebb and flow with time, development, classroom assignment, season, etc.. Some organizations have begun to designate such ties as “developmental” or “empowering” relationships or have described the adults as anchors, everyday mentors, advocates, sherpas, friends, gurus, Very Important People (VIP’s), getters, developers, and supportive non-parent adults. The list goes on.

In one study, my colleagues and I asked young people both if they had a natural mentor and if they had someone who “gets” them (Yoviene, Rhodes, Ben-Eliyahu, & Scales, 2015). The thinking was that this alternative term provided a less emotionally freighted, more accessible way of capturing close relationships between adolescents and non-parent adults. “Getting” was associated with a range of positive developmental outcomes including grades, school effort, purpose, and civic engagement. And, interestingly, the two terms led to the nomination of different types of adults.The most common “getters” were teachers and aunts/uncles, followed by religious or youth group leaders, grandparents, and coaches.  Whereas past studies of natural mentors have resulted in relatively lower rates of teacher nominations, nearly a quarter (23%) of youth in our study felt that at least one teacher “got” them.  As mentioned, many young people nominated their aunts and uncles as “getting” them.  Such adults often fill an interesting niche in a youth’s life—not quite parents yet still sharing a familial bond. And, quite surprisingly, feeling “gotten” by any adult was positively associated with GPA, whereas having a mentor showed no such association. I’m not advocating “getters,” (in fact, I’m not really a fan)— just making the point that the terms we use to describe natural mentoring relationships matter.

Of course, one could argue that no special term is needed. A coach is just a coach, an aunt is just an aunt–and, if they’re doing their jobs, all such ties should be close and caring. But the fact remains that some adults matter much more to youth than others, and vise versa, and are often vitally important, trusting, empathic bonds of caring and support. If we’re going to study and promote this phenomenon, perhaps we need a common vocabulary. What term do you think we should be using. We’d love to hear from you!

Kilde: Sherpas, Anchors, and VIPS: Do we need a new term for “natural mentors?” : The Chronicle of Evidence-Based Mentoring