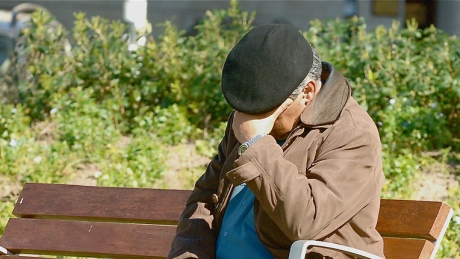 A new series of workshops aims to help immigrant seniors across the Lower Mainland combat loneliness and isolation. The workshops, organized by the B.C. Centre for Elder Advocacy and Support, will also empower seniors to express their hopes and feelings.

Organizer Lin Chen told The Early Edition that immigrant seniors are more isolated than other seniors.

“They may come not knowing how to speak English and … without knowing the language, they may have trouble accessing the resources and help they might need.”

Without English, Chen explained, immigrant seniors can be very vulnerable.

The workshops are meant to empower seniors by teaching them how to access community resources and advocate on behalf of themselves, she said.

Sensitive topics like elder abuse will also be covered, and Chen says facilitators will create a space where elders feel comfortable speaking out.

Chen hopes the workshops will allow peer-to-peer support to develop.

“We want to encourage seniors to make friends with each other and find mutual support.”

The first workshop started Monday in Richmond, with workshops to follow in Vancouver, Surrey and Burnaby.