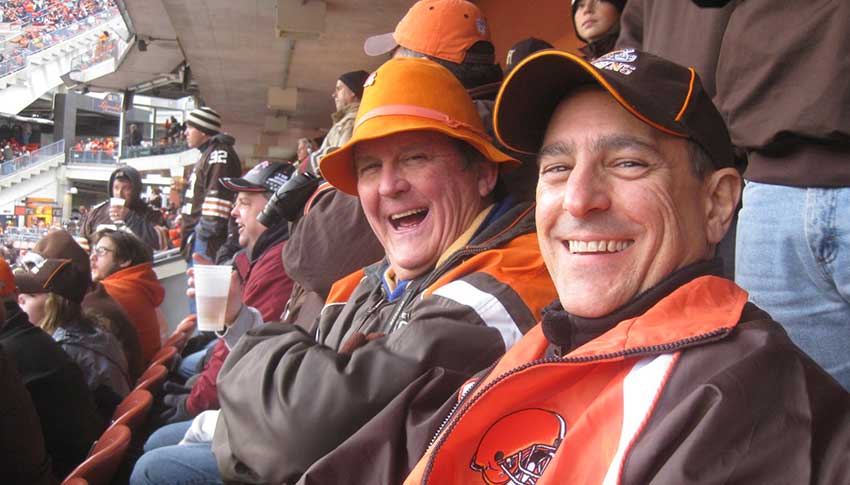 January 1 is not only the start of the New Year, it is also the start of National Mentoring Month, when organizations around the country honor mentors and bring awareness to mentoring. Thank Your Mentor Day is January 19, and mentees and former mentees are encouraged to reach out personally or to take to social media to thank their mentors for the influence they have had on their lives. Recently, former Little Brother Mike reached out to Big Brothers Big Sisters of America to thank his mentor, Big Brother Doug.

In 1973, Little Brother Mike was 11. He describes himself at that time as having long, stringy, “hippie” hair, and almost no adult supervision. His parents were divorced, and his mom was working hard as a nurse to provide for all five of her kids. Left on their own much of the time, Mike and his siblings skipped school and found mischief around every corner of their Cleveland Heights neighborhood.

“We smoked cigarettes and drank beer or wine,” Mike says. “We were turning into little criminals – terrorizing the neighborhood.” Mike’s mom knew her boys needed an adult role model, so she signed up Mike and his twin brother, Mark, to be Little Brothers through Big Brothers of Greater Cleveland.